According to the recent Monetate quarterly report, the most important device for online shipping is the smartphone. The study analyzed more than 2 billion eCommerce session in Q4 2017, specifically the recognizable consumers on multiple devices.

The first touch was made up of 40% of smartphones while only 37% consisted of desktop users.  While this initial shopping session will not phase many who have been following the eCommerce trend, many of which indicate that the initial shopping journey has switched to mobile, it may be surprising to the eCommerce industry that the majority of final transactions happen on mobile over desktop devices. This runs counter to the old traditional wisdom that consumers start on mobile, but move to desktop to finish a purchase.  In fact, even more checkout purchases were made on mobile phone than the initial touch by 2% (42% in total) whereas desktop dropped to only 36% of the final touch. [Charts below]

What this means for Online Shopping sites

In case it wasn’t made clear in 2016, now, more than ever, eCommerce sites that care about making money need to prioritize mobile loading speeds. If your site isn’t loading under 5 seconds, especially on mobile, your eCommerce sales will suffer. Period.

We can help with that

Test your site: If you’re not sure where to start, take our free site demo tool that runs on WebPageTest, the industry standard for web speed and performance.

Make these changes: We identify the top three reasons your site is loading slowly, and how to fix them.

Add ImageEngine to your site: Whether it’s Drupal, WordPress, Magento, Shopify…we can speed up your site. 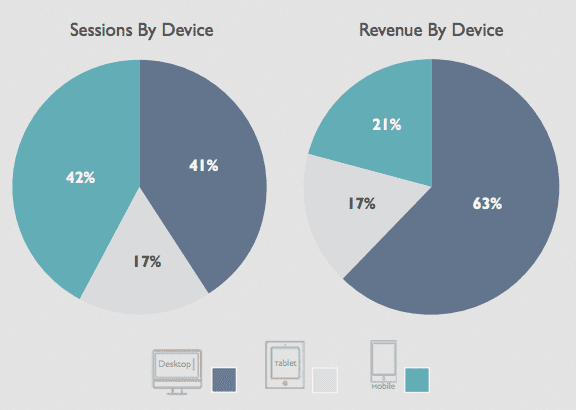 Source: Wolfgang digital 2nd half of 2016