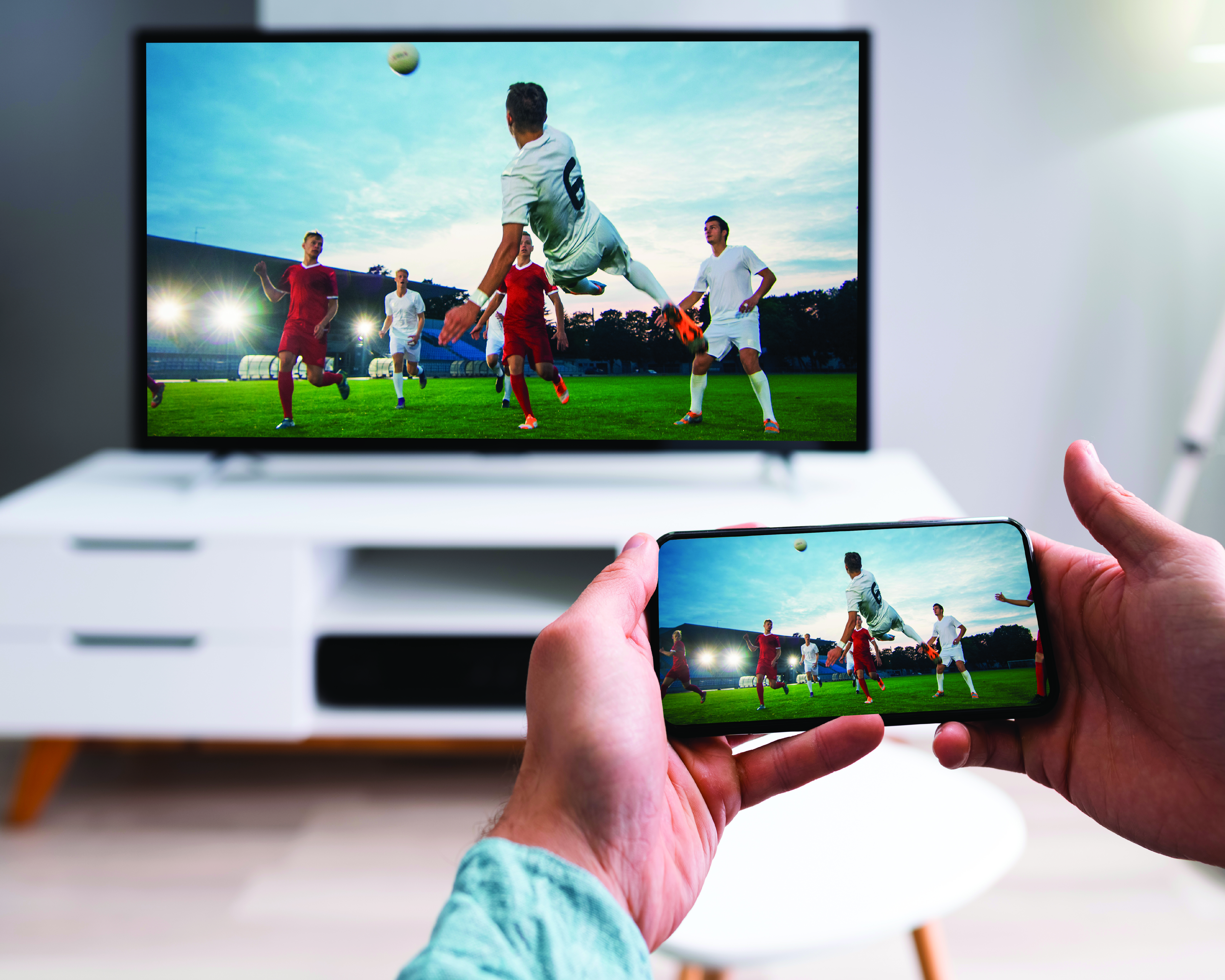 These two countries have a lot more in common than being good at soccer. We looked at their device usage trends through April to June in 2018 and found some interesting information. Let’s review their similarities and differences.

What France and Croatia Have in Common

France and Croatia also agree on smartphone operating system versions, with both countries having over 70% usage of Android OS and over 20% usage of iOS, with relatively the same usages of Windows Phone and others. Within the Android OS, both countries use version 7 at more than 37% of all Android OS, with version 6 in second place. Also, out of iOS versions, both France and Croatia prefer version 11.3 with more than 40% usage of all iOS versions. In second place, they prefer iOS 11.2, and in third place they prefer version 11.4. 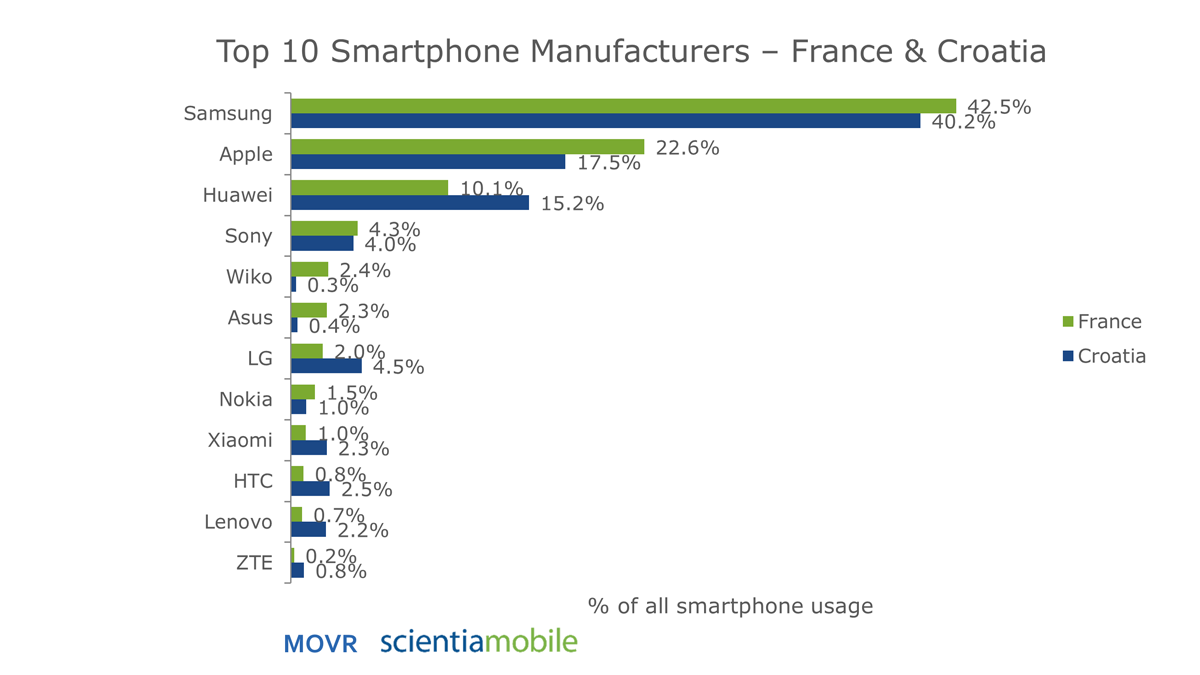 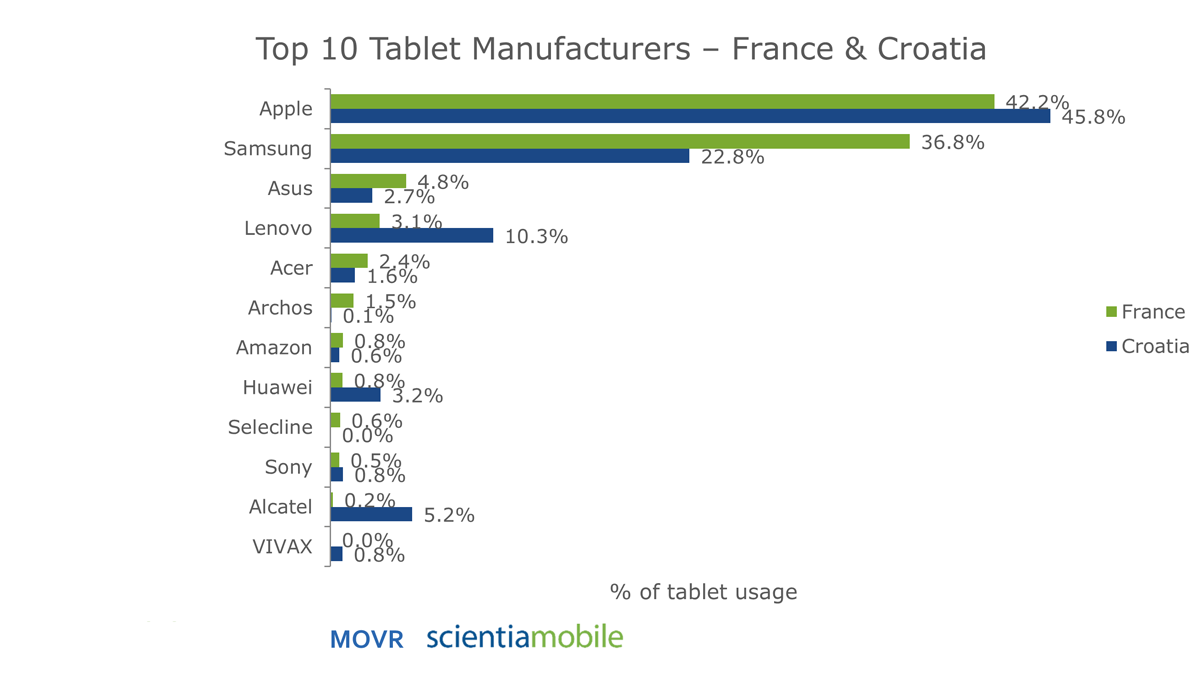 Both countries also have relatively similar mobile network operator usage by time of day, with the majority of usage around midnight/early morning. 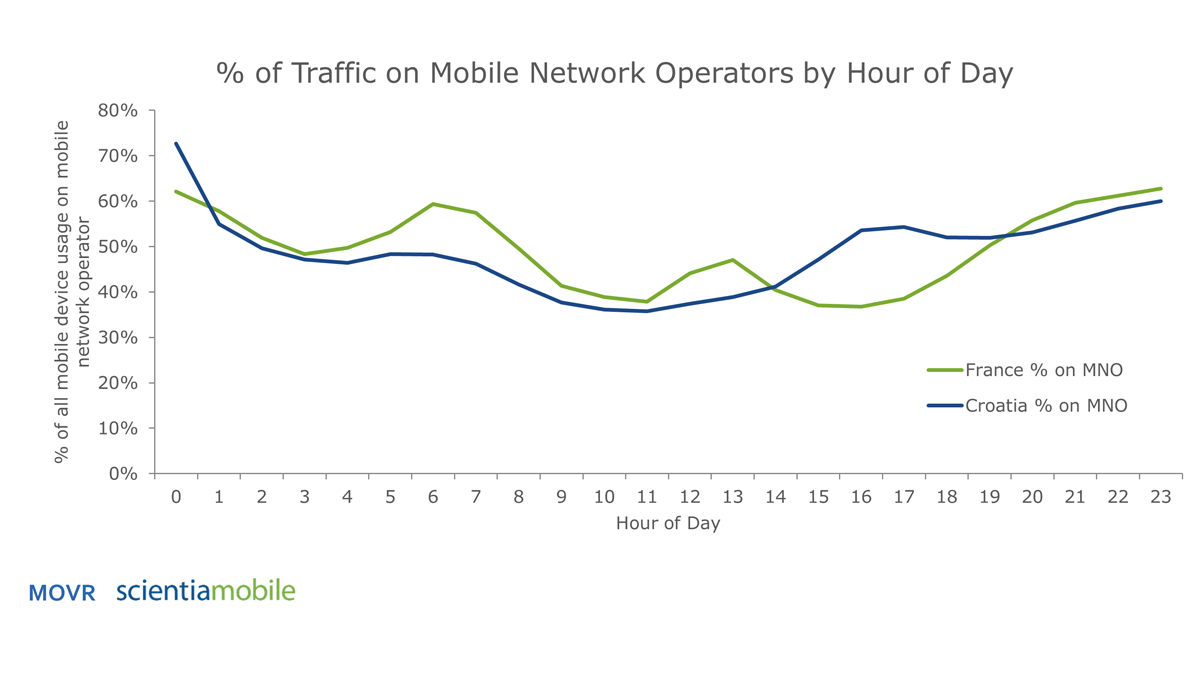 What France and Croatia Disagree On

Generally speaking, France and Croatia do have an economic divide with France being the 6th largest economy in the world and Croatia coming in at 78th. However, given the previous findings, it seems they have much in common socially as they are both members of the European Union and generally have similar device preferences.

That being said, there are some differences in both the larger and the smaller device analytics from our Mobile Overview Report (MOVR) findings. For example, at a macro level, France uses desktop devices considerably more than Croatia (11% more), who relies more on smartphones (11.2% more). However, they do have extremely similar usage in tablet devices, Feature Phones, and Smart TVs. 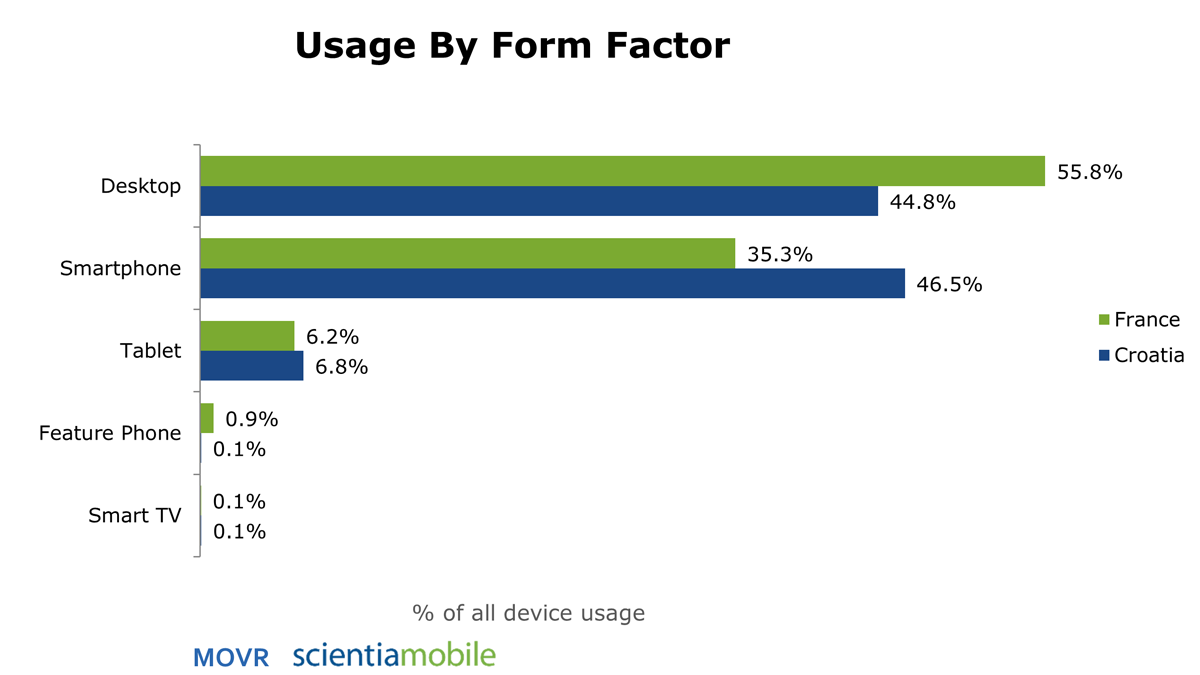 Top Smartphones by Usage in France and Croatia 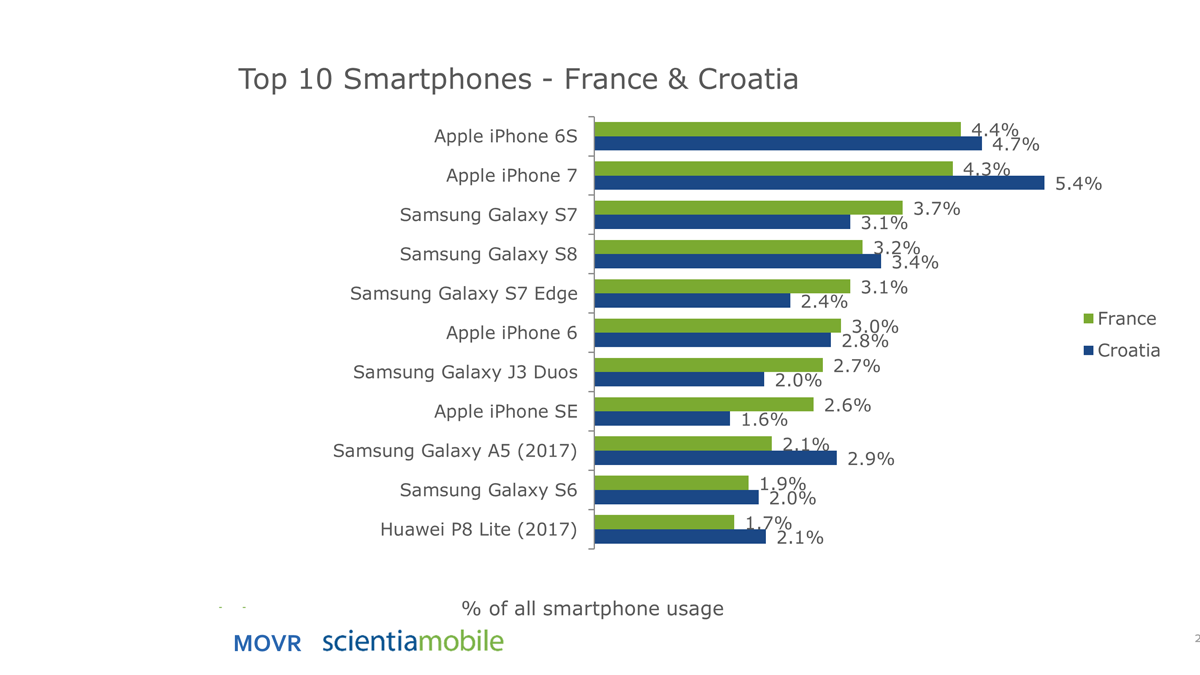 Top Tablets by Usage in France and Croatia 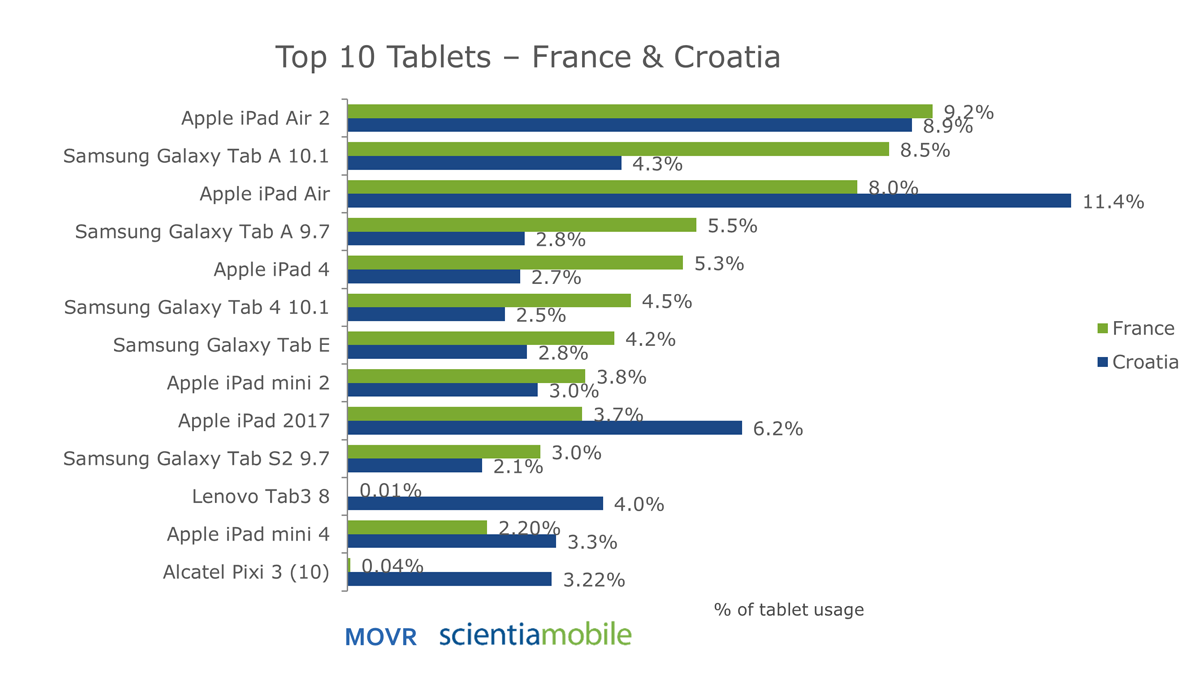