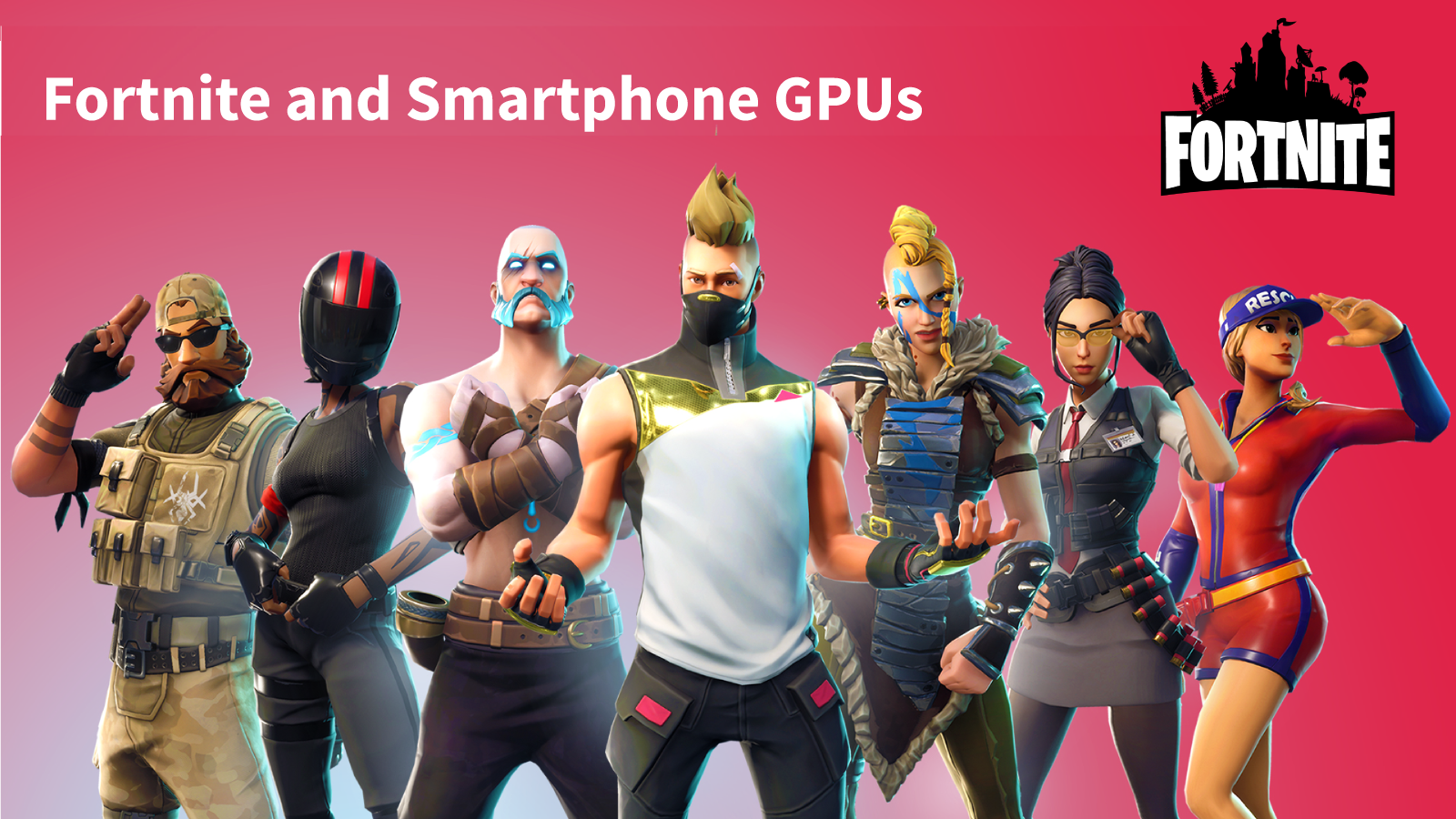 Graphical Processor Units (GPU) are an essential part of most modern smartphones. They improve the performance in the rendering of videos, games, and other graphics. Ten years ago, most phones did not have GPUs.

In 2015, 8.25% of smartphones did not have an embedded GPU. But by 2019, almost every smartphone (over 99%) had a GPU. More and more, a decent embedded graphics processor has become a necessity in the smartphone market. 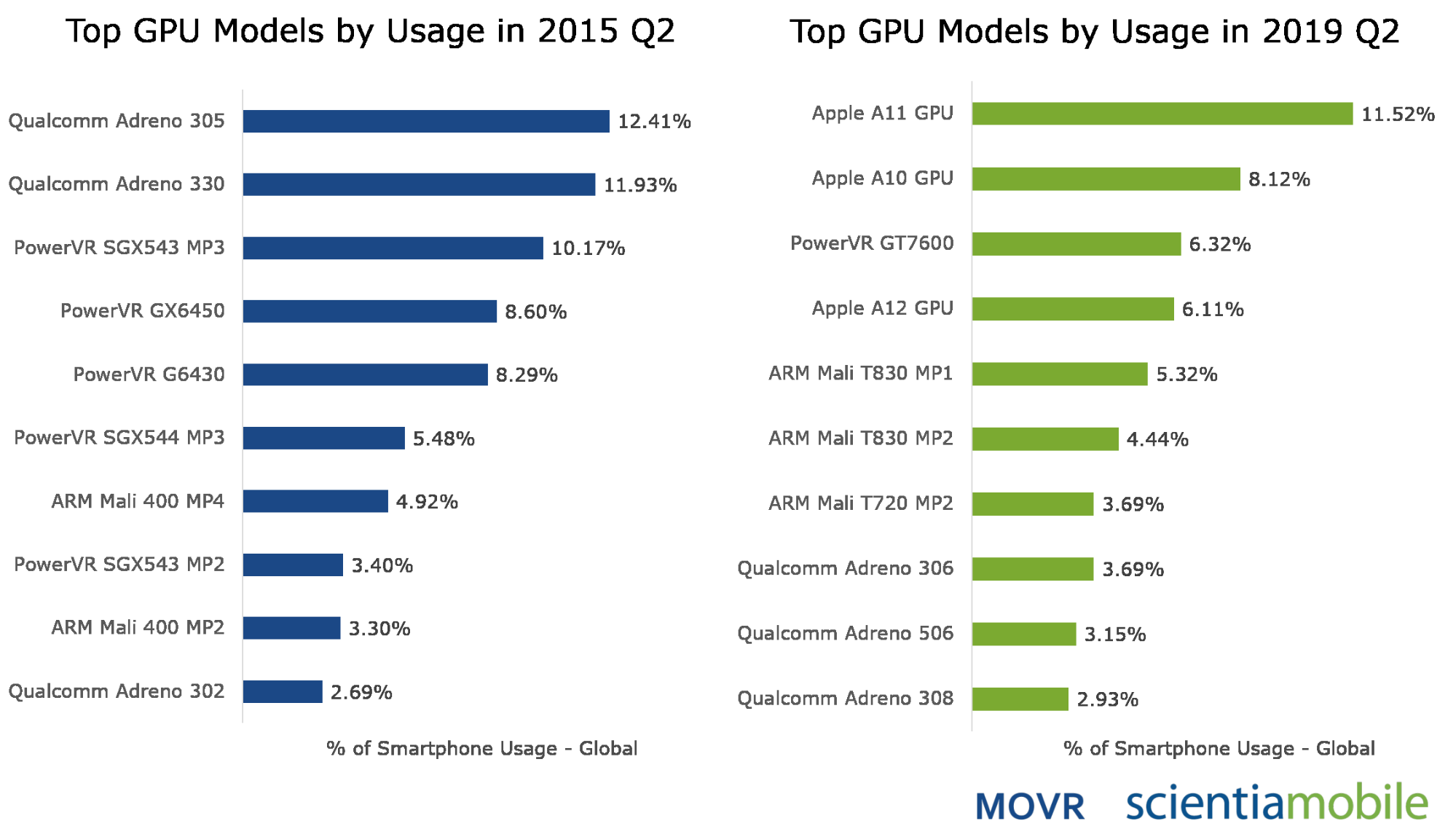 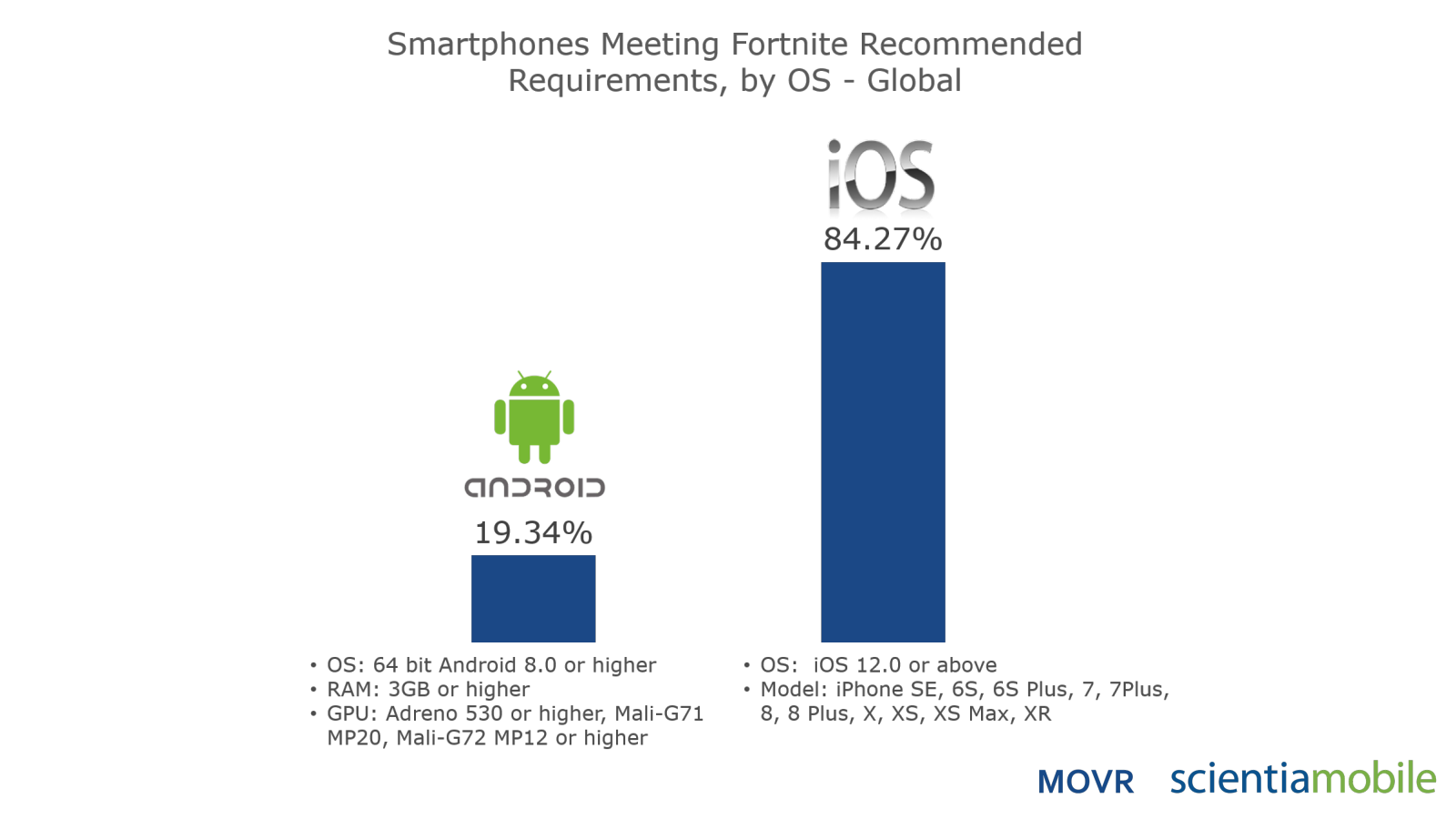 Fortnite recommends a minimum level of OS version, RAM, and GPU. For Android, it requires OS 64 bit Android 8.0 or higher, 3 GB of RAM or more, and a GPU of Adreno 530 or higher, Mali-G71 MP20, Mali-G72 MP12 or higher. For iOS, Fortnite requires an iPhone SE, 6S, 6S Plus, or newer. 84.27% of iPhone usage today comes from devices that meet Fortnite’s requirements. In contrast, only 19.34% of Android devices in use today meet Fortnite requirements. 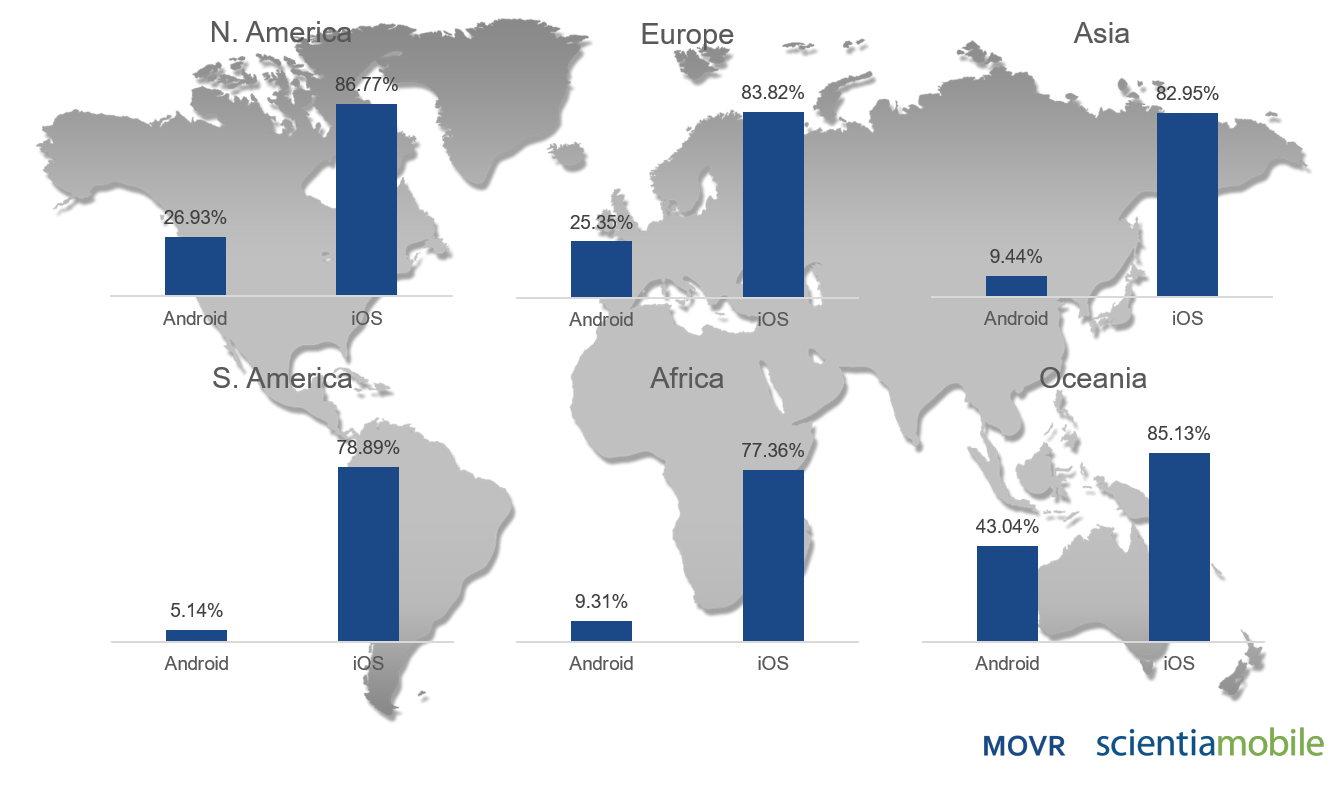 Looking across various continents, Africa has the lowest percent of iPhones meeting requirements, with 77.36%. However, most continents have iPhone usage above 80%, which is a large share of the iOS market. Oceania has the largest amount of Androids meeting Fortnite requirements with 43.04%. On the other hand, only 5.14% of South American Android usage meets requirements.