China’s Top Smartphones vs. the U.S.

We compared China’s top smartphones by usage to the U.S. in our 2019 Q1 Mobile Overview Report (MOVR) from January to March 2019 and found some interesting differences. We studied over 44 million observations collected from mainland China during 2019 Q1. 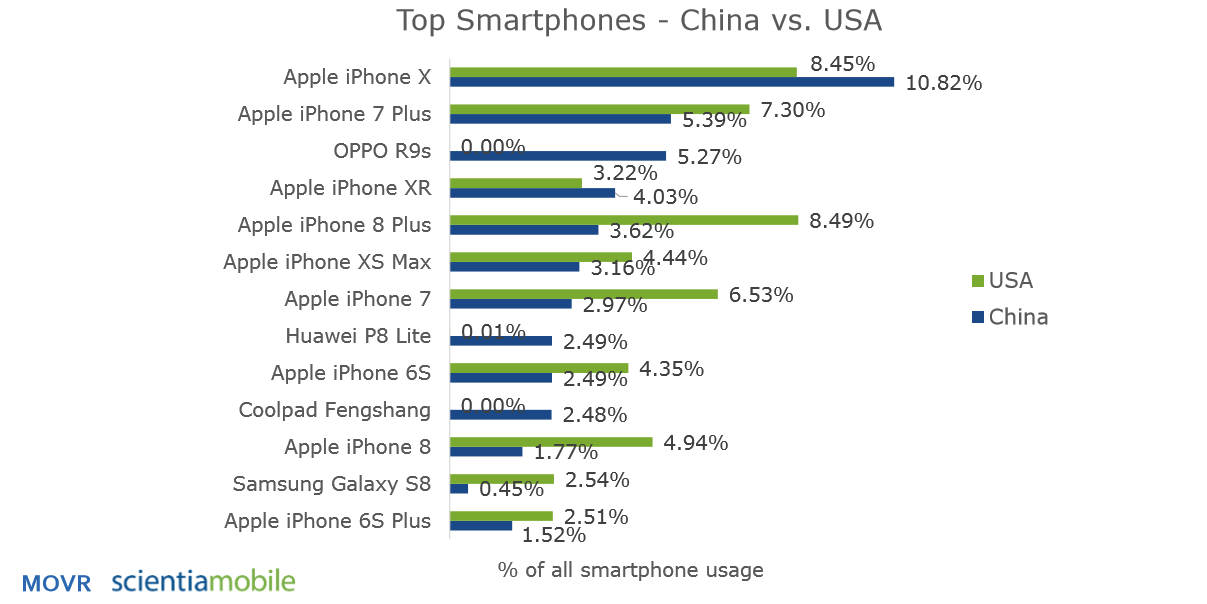 China’s Top Tablets vs. the U.S. 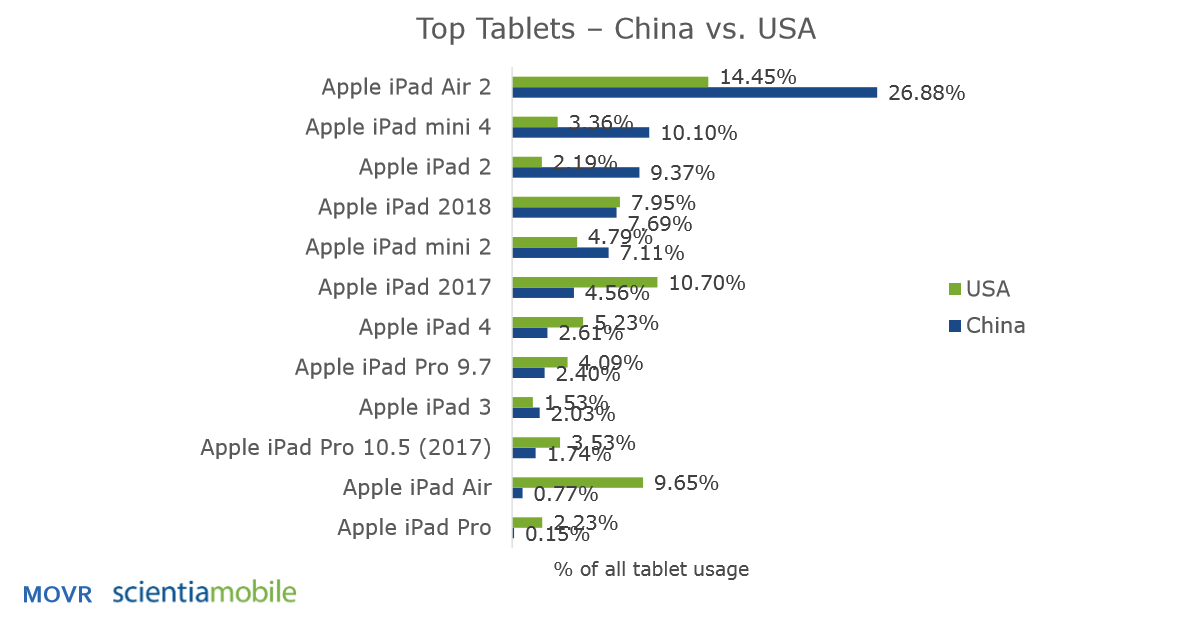