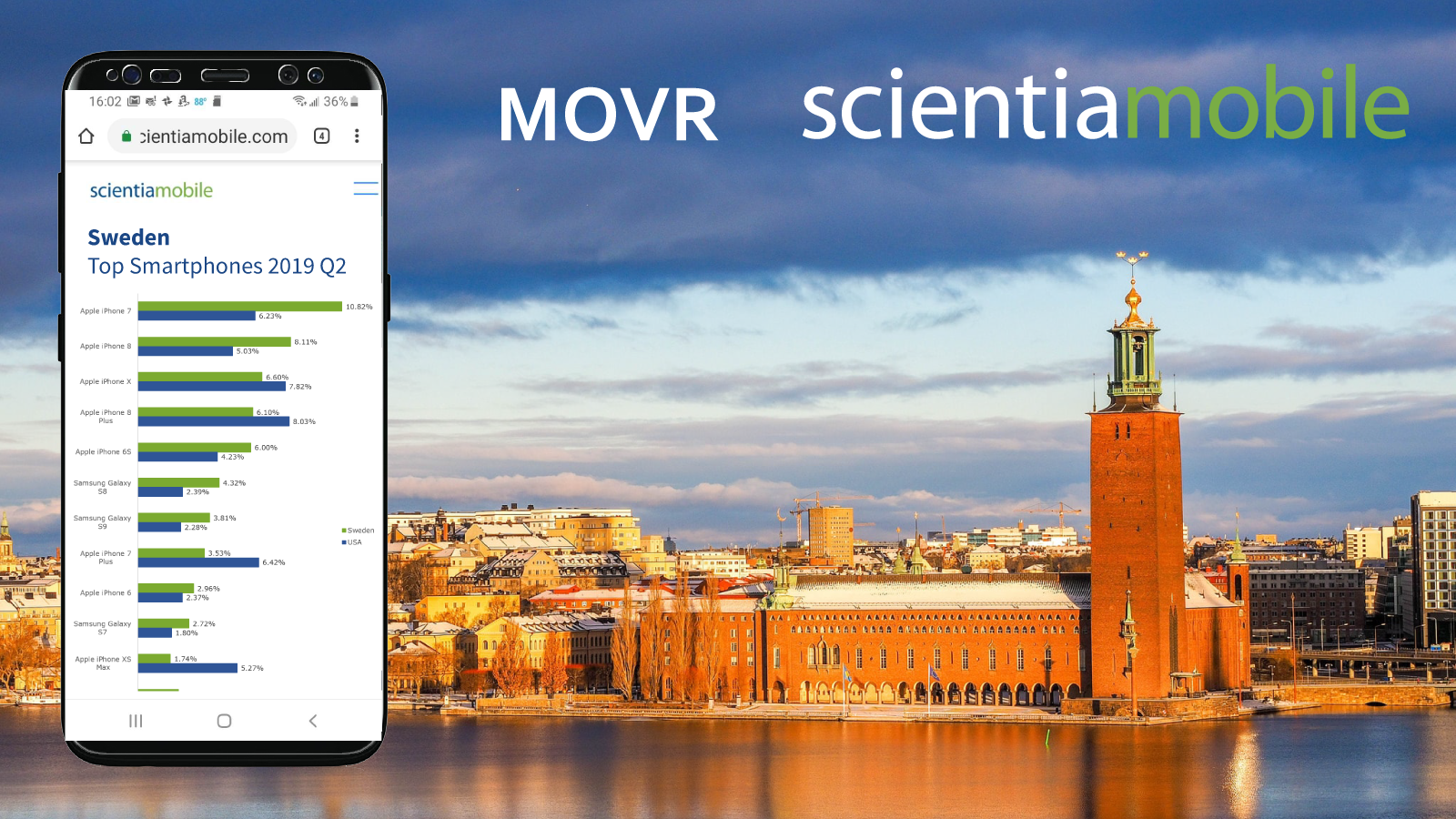 Sweden has a long history with mobile phone technology. While the Swedish company Ericsson is no longer a major manufacturer in the smartphone handset industry, it does remain one of the leading providers on mobile network infrastructure. Ericsson will sell and install 5G networks to many mobile network operators around the world in the next few years.

Let’s look at the mobile device market in Sweden.

Sweden’s Top Smartphones vs. the USA

Apple is the dominant smartphone manufacturer supplier in Sweden. In fact, the top 5 smartphones in Sweden are all Apple iPhones. Samsung is the only other manufacturer appearing in the top smartphone list. The Samsung Galaxy S8 is the most popular Android smartphone, with 4.32% of Swedish usage. 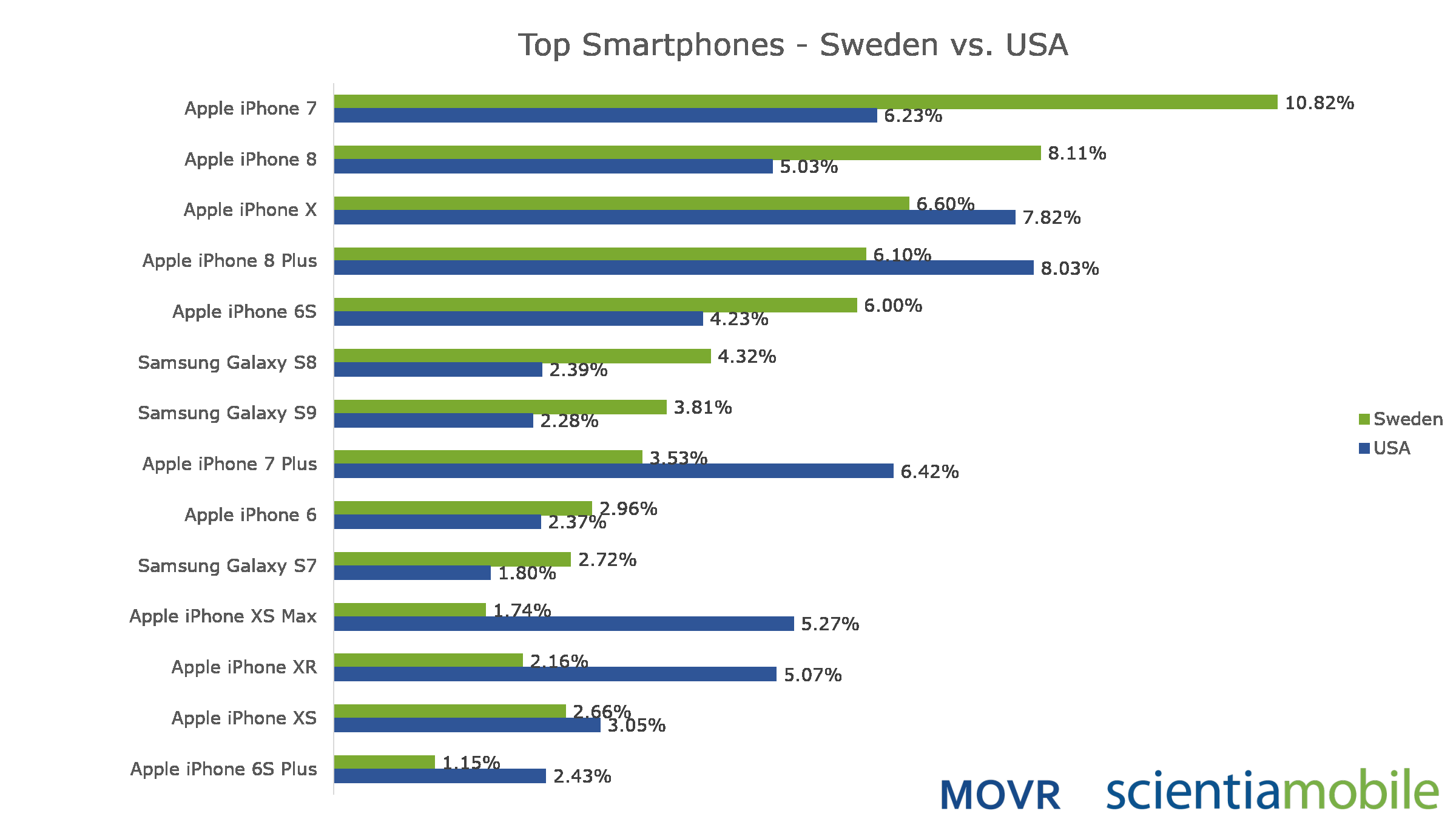 Price and Age of Smartphones in Sweden

Sweden does not have as many early adopters of new devices. Only 11.38% of smartphone usage comes from devices less than 1 year old, compared to 19.95% in the USA.
Likewise, Swedes do not replace their device as quickly as the USA. Still, the most common replacement cycle is 1-2 years, with 36% of users holding a smartphone of that age. The median age of a smartphone in Sweden is 26 months, compared to only 21 months in the USA.

Samsung has the most the sixth most popular tablet with the Samsung Galaxy Tab A 10.1 generating 4.52% of usage. 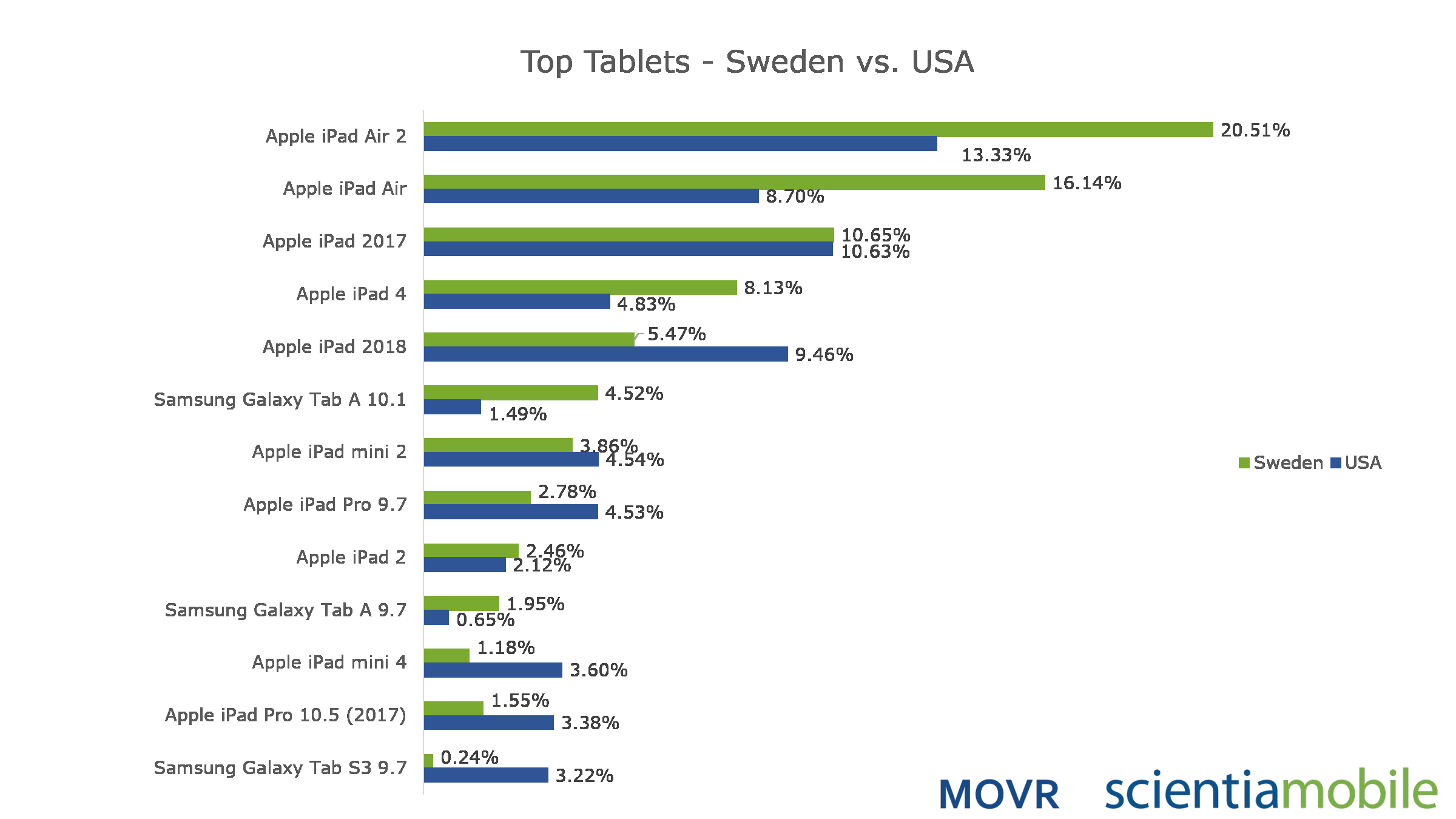