iPhone 8 versions appear on track to outpace the Samsung S8 versions in the longer run also. Even though the Samsung phones started selling in April 2017, their market share by end of October 2017 (~6 months) was very similar to the newly launched iPhones that had been out for only 39 days. At end of October the Samsung S8 had 0.63% of global smartphone usage, and the S8+ had 0.42%.

During October of 2017, the iPhone 6S continues to be the most popular smartphone in the world, with 7.53% of all smartphone usage. As stated in previous blogs, both Apple and Samsung have a large portion of the market with older phones that are prime targets for upgrade. 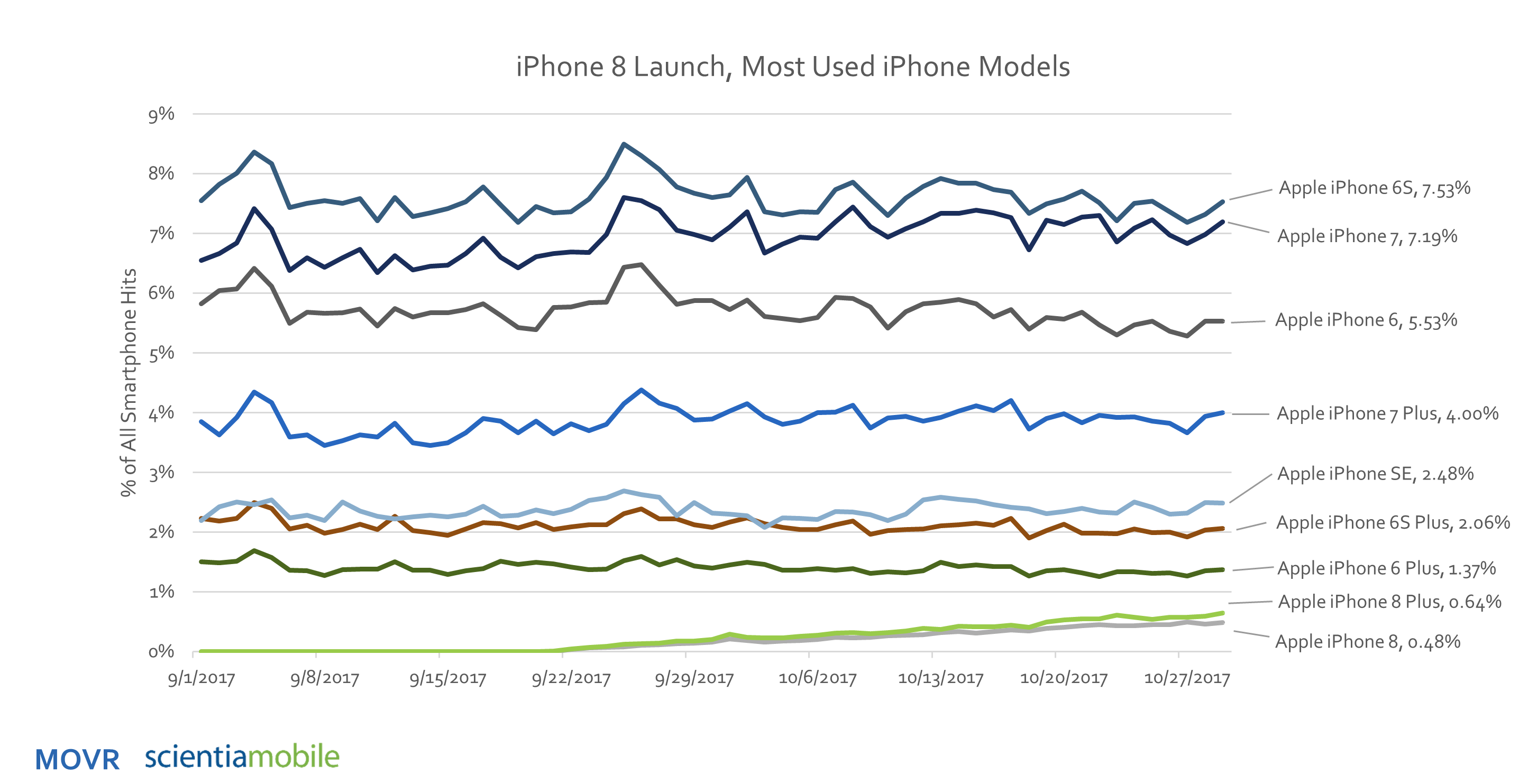